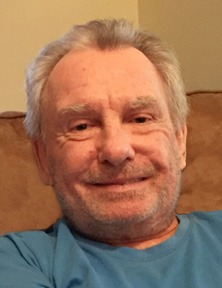 Richard Paul Bricker, age 71 of Eaton, OH passed away peacefully on Friday, August 13, 2021 at Kettering Medical Center with his loving wife by his side. He was born January 25, 1950 in Detroit, Michigan to the late Pauline Jean Gavin.

Donate Now!
Heaven Gained an Angel
Cameron Maia Bricker 3/6/2000-7/27/2021
Cameron for 21 years you had to avoid the sun, but your light shined brightly and changed so many lives.
Your legacy is everlasting.
Philippians 1:3 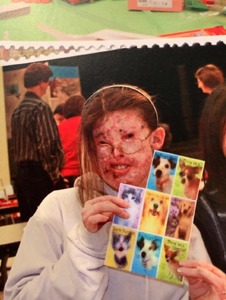 It is with heavy hearts that XP Family Support would like to notify our families that Nina Markham has lost her fight with XP.  Our thoughts and prayers are with her family and she will be missed.  Nina was a wonderful and beloved person whose family has known XP Family Support for many years.  Please turn your thoughts and prays to her family as they go through this tough time.  Another star has been added to the night sky. 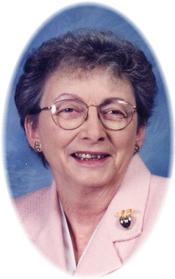 She is survived by two daughters: Marsha Ioerger of Manhattan, KS and Melanie & husband Rob Madden of Council Grove, KS, two sisters: Mildred Eubank and Martha Norris both of Coats, KS and four grandchildren: Tracy and Carl Purser of Norman, OK, Kyle and Sarah Madden of El Dorado, KS, Katie and Thad Davidson of Emporia, KS and Abby Heraud of France and four great grandchildren, one of whom has XP. She was preceded in death by a daughter, Charlotte Cook.

Memorials may be made to XP Family Support Group (Xeroderma Pigmentosum is a rare genetic disease where a person’s DNA lacks the ability to repair damage from ultraviolet light) in care of the mortuary. Friends may leave condolences for the family at www.larrisonmortuary.com.

Anne Harris was an active support of the XP Family Support Group. Her darling granddaughter Emma has XP.

SACRAMENTO, CALIFORNIA — Jerry Milota, 75, died Jan. 12, 2010. Jerry, a grandfather to an XP child, has been a great supporter of the XP Family Support Group. His great loves were his family, friends, and RV, and especially traveling with his wife, Sandy, and spending time with his family and friends.

EL SALVADOR — Lenis Alvarenga, 19, died in the early hours of Christmas morning, Dec. 25, 2010. Lenis had struggled valiantly against XP and the cancer she eventually succombed to, coming to the US seeking the best medical care. When the system here wouldn’t work for Lenis, the XP Family Support Group arranged for her return to El Salvador and sent a medical team to her home city to perform surgery.

Latoya Braxton passed away on October 15, 2009. Latoya always had a smile on her face. She had just celebrated her 24th birthday. Her mother Alisha and sister Tiffany survive her.

Jill Suzanne Smith, 44, passed away July 29, 2009, at home in West Virginia. Jill’s loving, sweet, and kind nature will be missed and long remembered, especially by those at the Special Needs Adult Program at St. Andrew United Methodist Church in St. Albans.

Leanndra Dawn Nez died June 6, 2009, in New Mexico. Leanndra was an 8th grader who loved to travel, socialize, listen to music and collect monkeys. She was preceded in death by her brother, Darnell A. Nez who also had XP.

On February 17, 2008, Merve Uluyardimci succumbed to a bacterial infection a week after being rushed to the hospital with blood poisoning. Merve and Ferhat Sömnez had been married exactly 11 months and lived in Germany. Merve is remembered as an amazing young woman, full of life. She took ill during the time many were gathered at Owl Patrol in England. She died at the age of 23.

We will miss them and keep their families close in our hearts!