The XP Family Support Group (XPFSG) is committed to helping people with the rare genetic disorder called Xeroderma Pigmentosum, or XP. People with this condition cannot tolerate the ultraviolet radiation in sunlight, so even a few minutes of sun can cause cell damage that inevitably turns to cancer. XP is extremely rare, affecting one child in one million, but a few years ago people discovered a remote village in Guatemala that had not just one but 26 cases of XP, making it one of the most unusual disease clusters in the world. Upon hearing about the village, XPFSG knew they had to get involved, and within a few months, they had assembled a team of five individuals, including one doctor to travel to this extremely remote village in Guatemala to see how they could help. No one could prepare them for what they found.

For more information about the work
of Good Samaritan International click here.

The XP family support group urges you to read about Emerald Russell who single handedly changed the lives of children in Africa who suffer from XP. It is amazing what today’s young people can do to make a difference in the world. 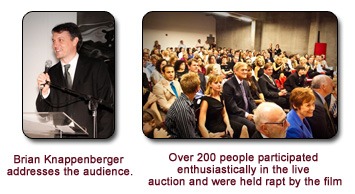 The important documentary Hidden From Light had its first screening in San Diego, California on October 16, 2009. The premier was held at the New Children’s Museum with more than 200 people in attendance. In this film, award-winning director Brian Knappenberger tells the story of a medical team who travel to treat children of a remote Guatemalan village suffering with XP and to gather data that could dramatically alter the way skin cancer is treated throughout the world. In hopes of sparing the life of Juana and other children, doctors transform a makeshift medical facility into a full-scale operating room. The team overcomes great obstacles to perform life saving reconstructive cancer surgery in an isolated jungle.

The film tells the story simply and powerfully and the audience was visibly moved. Two young girls with XP who reside in the US addressed the audience to say a few words about their personal experience with living a UV-free lifestyle. Seven year old Aimee Milota showed everyone the special hat she wears with the UV-protective face shield. She welcomed everyone to the screening and thanked them for their support. Andrea Monroy poignantly spoke of how bravely she faces the trials of living a relatively lonely life for an American teenager who cannot go outside freely. She held her head high and beamed out to all the people there who in return burst into loud and loving applause.

The evening was truly a celebration starting with a cocktail hour and delicious gourmet buffet dinner. While people noshed on the food catered by TK&A, live music from Eve Selis played adding still more beauty to the museum’s gathering areas. Guests had time also to browse through the many silent auction offerings and prepare for the live auction. The latter proved to be great fun with many items getting great action from a receptive bunch of supporters. The culmination though was when the opportunity to fund particular aspects of aiding the children in Guatemala as well as funding other support activities of the XPFSG arose. The most exciting item funded was a UV-protective building for the villages.

The entire evening was so successful, both in raising awareness for both the needs of the children in Guatemala and the work of XPFSG, but also in raising necessary funds to accomplish it all. We all look forward to the next screening which will be held in Sacramento!