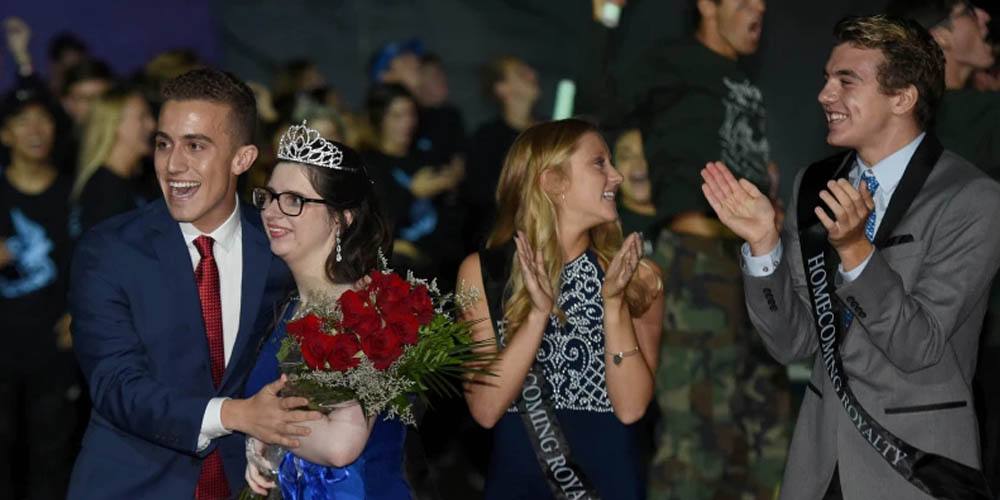 On this night, the girl who is not allowed to feel the warmth of the sun on her skin, owned the light.

As she waited to hear if she would be named homecoming queen, the disease that had taken so much from her seemed so small. She wasn’t a girl wearing long gloves and a plastic hood. She was a princess hoping for a coronation.

The stadium announcer said, “And now, our 2017 Dana Hills homecoming queen is …” And he paused, as if to allow prayers one last second to reach their destination.

The stadium fell so silent you could hear everyone wishing for the same thing.

In 45 years of homecoming nights at Dana Hills High, they had never had one like this.
Read Article ->